Charging Yaala charged in to the semi-finals of the Vic Bred Maiden series after an impressive win on debut this afternoon.

Ashley Welsh (pictured above with his family) bred, reared and broke in the son of Shootout finalist Sulzanti, with Charging Yaala a member of the first litter that he’d done such work with himself. Brooke Ennis put the polish on his racing preparations and the well supported favourite didn’t let punters down, beginning quickly from box 8 to lead all of the way in 29.65, the fastest of the four heats.

Antares Star took out the second heat, also leading all of the way in 29.75. Trained by Jackie Greenough, Antares Star is a son of Bunga Bunga which famously raced as part of a promotion with Triple M. 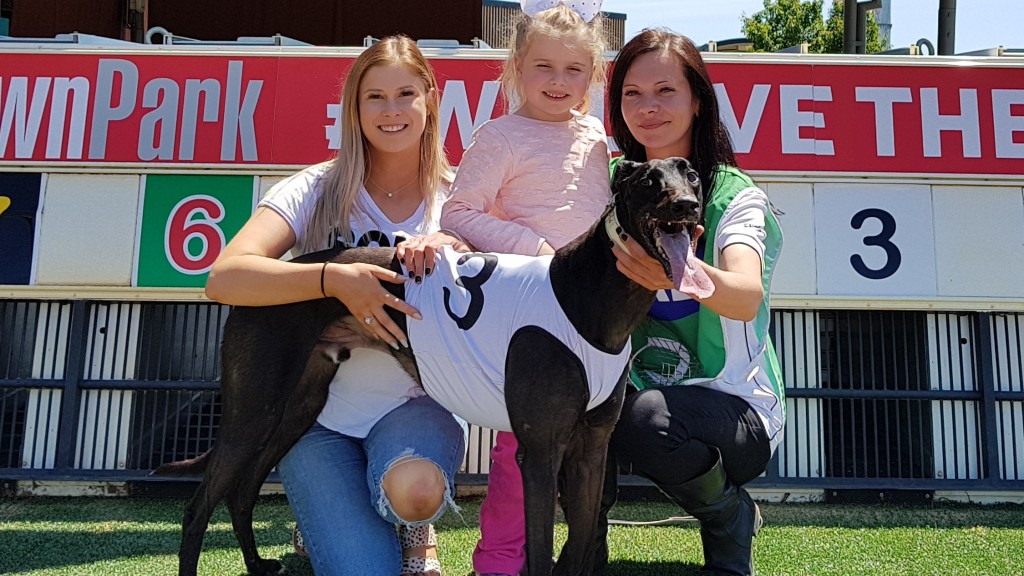 Glorious gave Melissa Burke her first Sandown Park winner when saluting in the third heat in 29.97, while Bond, the only winner with previous race experience, provided the most exciting finish of the day when coming from last to nab tearaway leader Maximum Kobi on the line in 29.80. 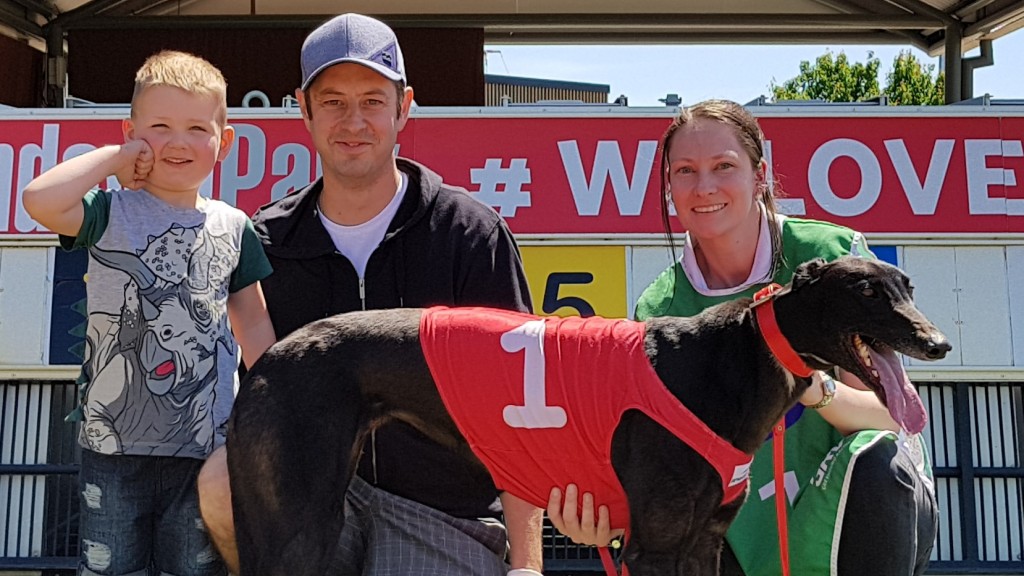 The fields for the TAB Melbourne Cup heats will be released on Tuesday 13 November.

Mick is the Racing and Media Manager at Sandown Park